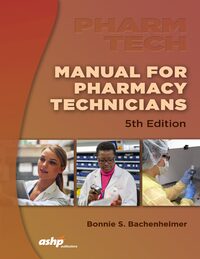 Appendix A: Medical Terminology and Abbreviations

Familiarity with and understanding medical terms and abbreviations is critical to the success of a pharmacy technician.

Learning medical terminology may seem like learning a whole new language. Most medical terms; however, are built from component parts, called word roots, prefixes, and suffixes. The root is the base component of the word, which is modified by the addition of a prefix or suffix. Prefixes are modifying components placed in front of the word root. Examples include pre-, post-, and sub-. Suffixes appear at the end of the word root and are connected to the root by a combining vowel, for example, -ism, -itis, -ous. Combining vowels (most often ‘o’) are often used to link roots to suffixes and to join roots when a term includes more than one root. These combining vowels are often shown along with the root as a combining form, as in “bronch/o.”

What is the definition of electrocardiogram? First, break the word into its parts: “electro-,” “cardi/o,” and “ gram.” Second, define each part: electro- means electricity; cardi/o means heart; and -gram means record. Finally, put the definitions together to get the complete definition of the word: recording the electrical activity of the heart.

Tables A-1, A-2, and A-3 include the meanings of many of the most common word roots, prefixes, and suffixes. Familiarity with these components parts will help you understand medical terminology.

After you have reviewed the meanings of component parts, read through the common medical terms by body system. Each term is accompanied by its pronunciation, definition, and an analysis of term structure. 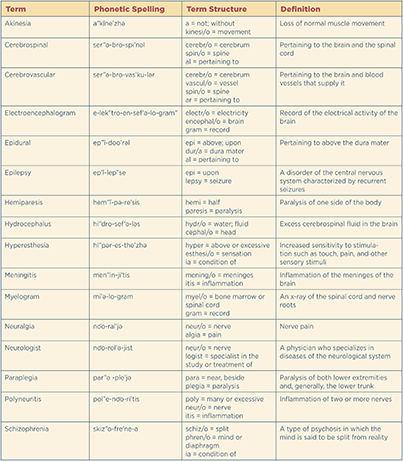 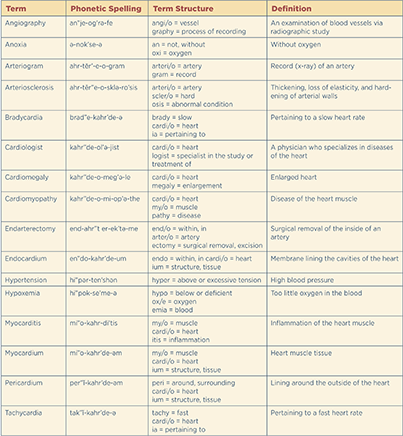 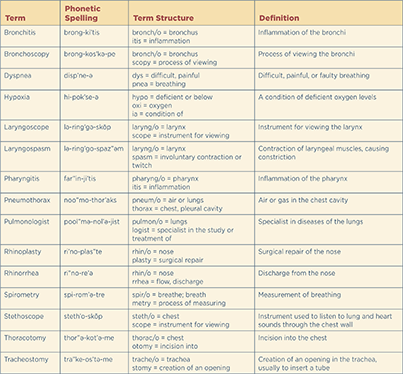 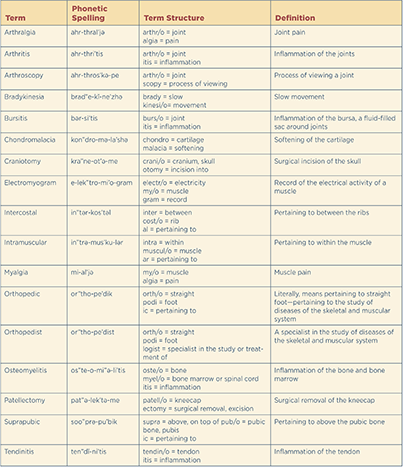 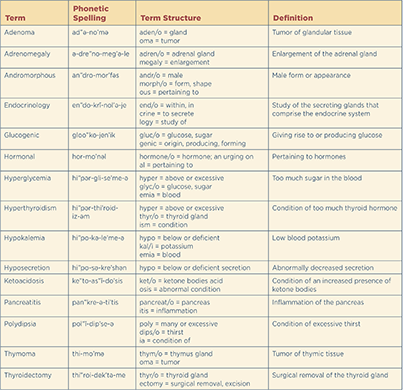 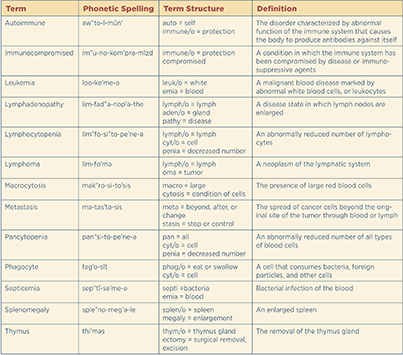 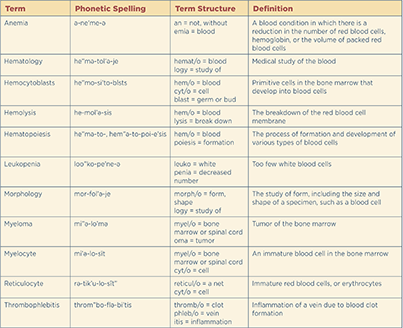 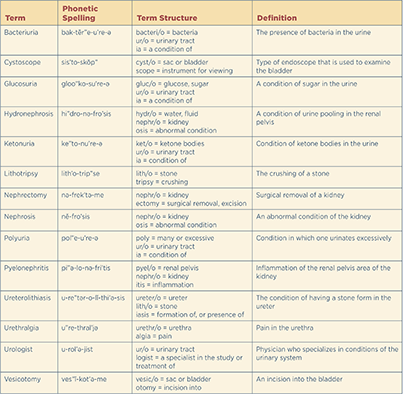 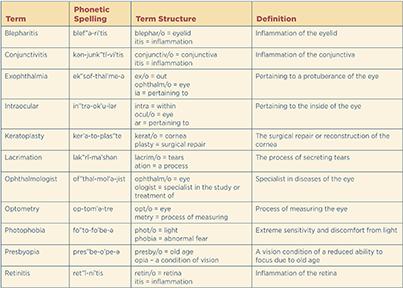 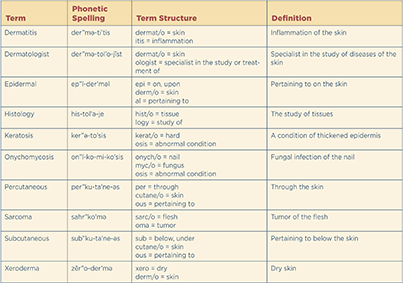 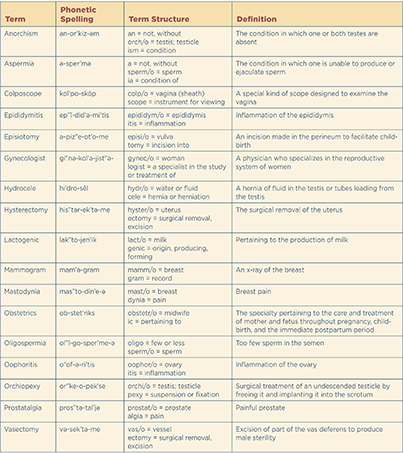